Representatives of the UK Home Department, US Attorney General, US Homeland Security and Australian Home Affairs have joined forces to issue an open letter to Mark Zuckerberg. In their letter of 4 October, they urge Facebook to halt plans for end-to-end (aka strong) encryption across Facebook’s messaging platforms, unless such plans include “a means for lawful access to the content of communications”. In other words, the signatories are requesting what security experts call a “backdoor” for law enforcement to circumvent legitimate encryption methods in order to access private communications.

The myth of weak encryption as safe

Whilst the US, UK and Australia are adamant that their position enhances the safety of citizens, there are many reasons to be skeptical of this. The open letter uses emotive language to emphasise the risk of “child sexual exploitation, terrorism and extortion” that the signatories claim is associated with strong encryption, but fails to give a balanced assessment which includes the risks to privacy, democracy and most business transactions of weak encryption. By positioning weak encryption as a “safety” measure, the US, UK and Australia imply (or even explicitly state) that supporters of strong encryption are supporting crime.

Government-led attacks on everybody’s digital safety aren’t new. Since the 1990s, the US has tried to prevent the export of strong encryption and—when that failed—worked on forcing software companies to build backdoors for the government. Those attempts were called the first “Cryptowars”.

In reality, however, arguing that encryption mostly helps criminals is like saying that vehicles should be banned and all knives blunt because both have been used by criminals and terrorists. Such reasoning ignores that in the huge majority of cases strong encryption greatly enhances people’s safety. From enabling secure online banking, to keeping citizens’ messages private, internet users and companies rely on strong encryption every single day. It is the foundation of trusted, secure digital infrastructure. Weak encryption, on the other hand, is like locking the front door of your home, only to leave the back one open. Police may be able to enter more easily – but so too can criminals.

The position outlined by the US, UK and Australia is fundamentally misleading. Undermining encryption harms innocent citizens. Encryption already protects some of the most vulnerable people worldwide – journalists, environmental activists, human rights defenders, and many more. State interception of private communications is frequently not benign: government hacking can and does lead to egregious violations of fundamental rights.

For many digital rights groups, this debate is the ultimate groundhog day, and valuable effort is expended year after year on challenging the false dichotomy of “privacy versus security”. Even the European Commission has struggled to sort fact from fear-mongering.

However, it is worth remembering that Facebook’s announcement to encrypt some user content is so far just that: an announcement. The advertisement company’s approach to privacy is a supreme example of surveillance capitalism: protecting some users when it is favourable for their PR, and exploiting user data when there is a financial incentive to do so. To best protect citizens’ rights, we need a concerted effort between policy-makers and civil society to enact laws and build better technology so that neither our governments nor social media platforms can exploit us and our personal data.

Facebook must refuse to build anything that could constitute a backdoor into their messaging platforms. Otherwise, Facebook is handing the US, UK and Australian governments a surveillance-shaped skeleton key that puts Facebook users at risk worldwide. And once that door is unlocked, there will be no way to control who will enter. 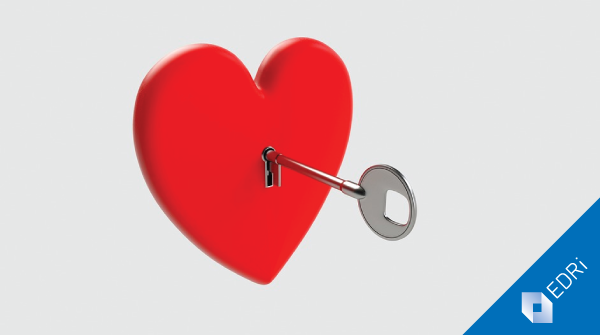 EDRi Position paper on encryption: High-grade encryption is essential for our economy and our democratic freedoms (25.01.2015)
https://www.edri.org/files/20160125-edri-crypto-position-paper.pdf

The post Why weak encryption is everybody’s problem appeared first on EDRi.